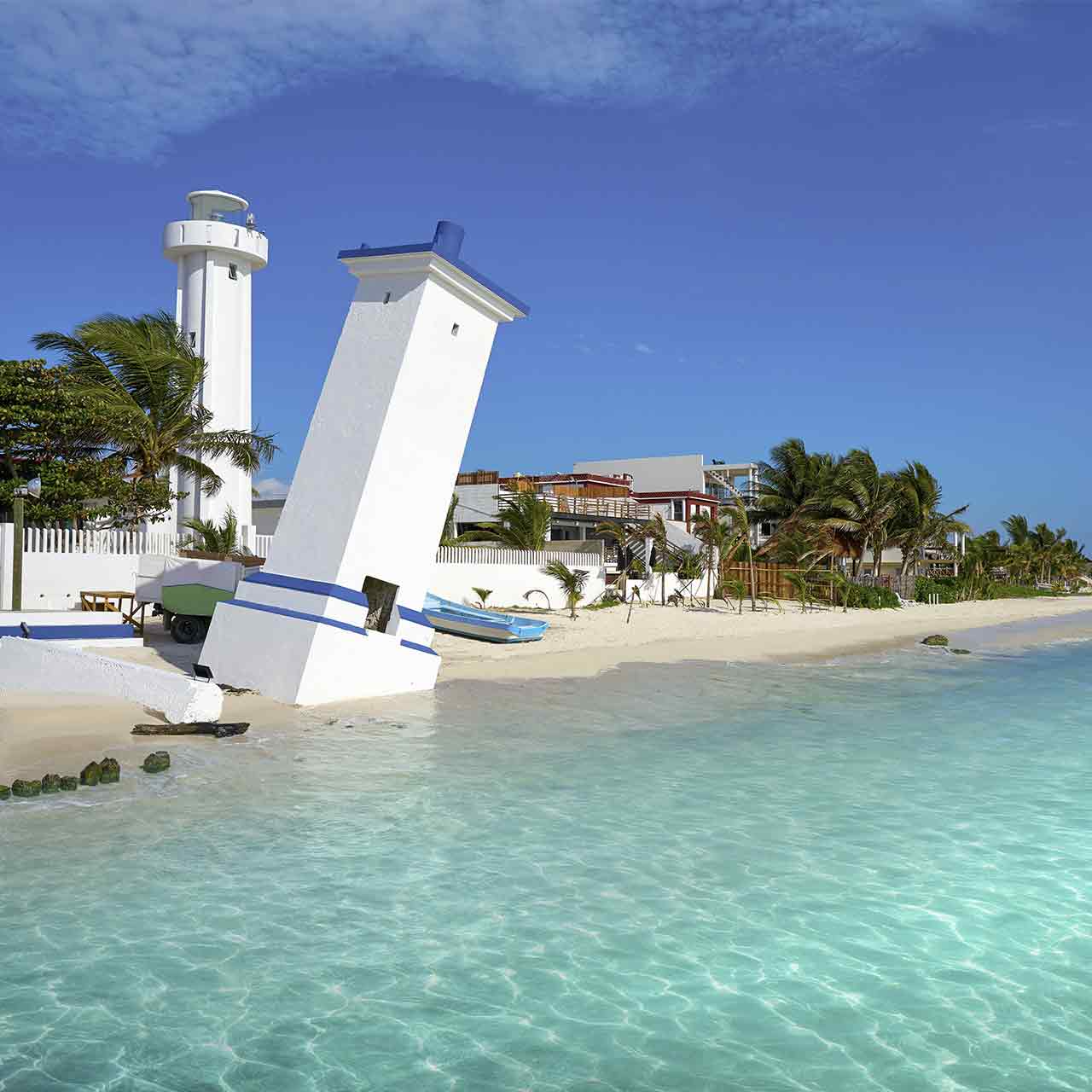 The story of Quintana Roo is the story of adventurous men who left theworld they knew to create life in the jungle and in the sea.

“In Puerto Morelos all roads and all utopias coalesce, all strides and all insularemotions converged.”

Long before Cancun or Playa del Carmen were conceived, there was PuertoMorelos. It is the youngest district in Quintana Roo, however, its history laid thefoundations, as well as Leona Vicario, of the international boom that would later have the north of the state. Its scenario was and still is, a place of great beauty and naturalwealth.

Puerto Morelos is located 33 kilometers away from Cancun, in the Quintana Roojungle. It covers 90 percent of the entity and is classified as a tropical rainforest, themost complex biome in the world. The common denominator is water: cienegas, marshes, swamps, marshes, coastal lagoons, rivers, wetlands, mangroves… And so many more.

The first human settlements date from the period of the “Cacicazgo de Ecab”,between 1250 and 1541. The Coxol pyramid is one kilometer north on federal highway 307; and in the Alfredo Barrera Marín Botanical Garden, there is an altar once used in rituals, according to archaeologists. Even the lighthouse of PuertoMorelos, a popular emblem for the resistance of three hurricanes, was built withremains of Mayan pre-Hispanic structures.

Puerto Morelos was first known as Punta Corcho. The Mayans on their way to collectsalt in Isla Mujeres stopped here to take out cork that was next to the mangroves.They used it to manufacture more resistant fishing nets. The name of Puerto Morelos was officially established in 1936, in honor of José María Morelos y Pavón.

The Caste War was a fight led by native Mayans from the South against Spaniards. It began in 1847 and ended around 1901. These armed conflicts did not affect Puerto Morelos considerably since this region was not occupied by rebel Mayans.

The modern history of Puerto Morelos began around 1898. In those days, thenortheast of the Yucatan peninsula remain mostly uninhabited, but the entrepreneurs saw a golden opportunity for commercialization: bloodwood trees and the extractionof precious woods, such as cedar.

During that year, the Colonizing Company of the Eastern Coast of Yucatan was founded and acquired the rights of 1,036,000 hectares of forests surrounding the ExHacienda de Santa María (which is now Leona Vicario, 40 kilometers away fromPuerto Morelos).

At its peak, towards the beginning of the 20th century, the Colonizing Companymanaged to employ 1,500 workers from all over the country, who produced around6,000 tons of bloodwood per year.

Bloodwood tree was used for almost three centuries and was highly valued for Spainand Europe because it allowed getting black and blue dyes for wool; and black dyefor silk and cotton. When it was mixed with other chemicals, yellow, violet, dark redor purple could be achieved.

This product had a decrease in the market when synthetic dyes were introduced. Towards the beginning of 1900, Puerto Morelos was the ideal place to market products extracted from the jungle by sea due to its location, depth and its connection with Leona Vicario. Today, this port continues to be the most important in the state.

By then, the Caste War came to an end and the president, Porfirio Díaz, with theintention of solidifying the peace processes after almost fifty years of wars and with the intention of strengthening Mexican sovereignty on the southeast border, decreedNovember 24, 1902, the creation of the territory of Quintana Roo.